The famous wines of Burgundy 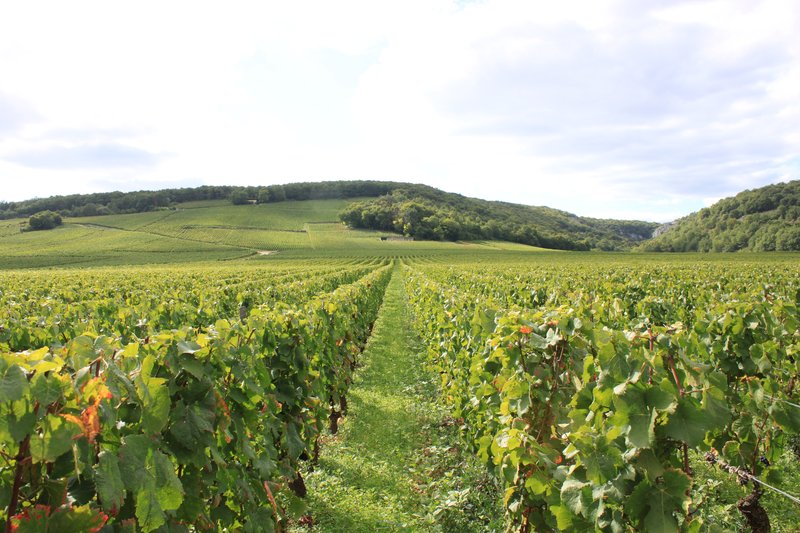 On this land blessed by the gods, men and women have been producing wine for 25 centuries.

In the Middle Ages, monks played a key role in codifying work in vineyard. This was the start of what later came be known as the Grands Crus appellations.

The religious communities built up vaste states. Under their influence, and that of the powerful Dukes of Bourgogne, wine, wich was now drunk throughout Europe, became a valuable economic asset and an instrument for spreading the religion’s reputation.

The Bourgogne wine region stretches over 230 kilometers of slopes. It encompasses 29 339 hectares of vines classified as Appellation d’Origine Contrôlée (AOC), and produces an average of 200 million bottles a year, of which 70% is white wine ( including Crémant de Bourgogne), and 30% red.

Included on the World Heritage list by UNESCO since 4th July 2015, the Climats, vineyards of Burgundy, form a unique cultural site.

In Burgundy, a « Climats » are vineyrads plots whose limits have been precisely drawn out, and who have been named and identified by men for several centuries.

Each Climat has its own personality, culturally, reflecting its millennia old history, and naturally, through its very specific soil and sub-soil, its exposition and microclimate …. Here, every wine from a Climat boasts a unique flavour, brought forth through the use of one sole grape variety (Pinot noir for red wines, Chardonnay for white wines), and earns its place in the hierarchy of the Crus. More than 1247 Climats are lined up within the boundaries of the area listed as World Heritage, from Dijon to the Maranges. There are a total of over 1500 in Burgundy as a whole.

The brotherhood of the Knights of Tastevin :

Created in 1934, right in the middle of the crisis period, its aim was to make Burgundy wine better known.
To this end, it organised 16 « chapters » a year in the Clos-de-Vougeot Château. There are gala events in which knights become knighted ambassadors for good wine. Two Chapters are particulary important : The Trois Glorieuses, in November and the Rolling Saint Vincent. The latter is so named because this festival, held in honour of the patron Saint of winegrowers, is organised in turns by the Burgundy villages. The brotherhood also manages the « tastevinage » whereby a label is awarded to the best wines after tasting.